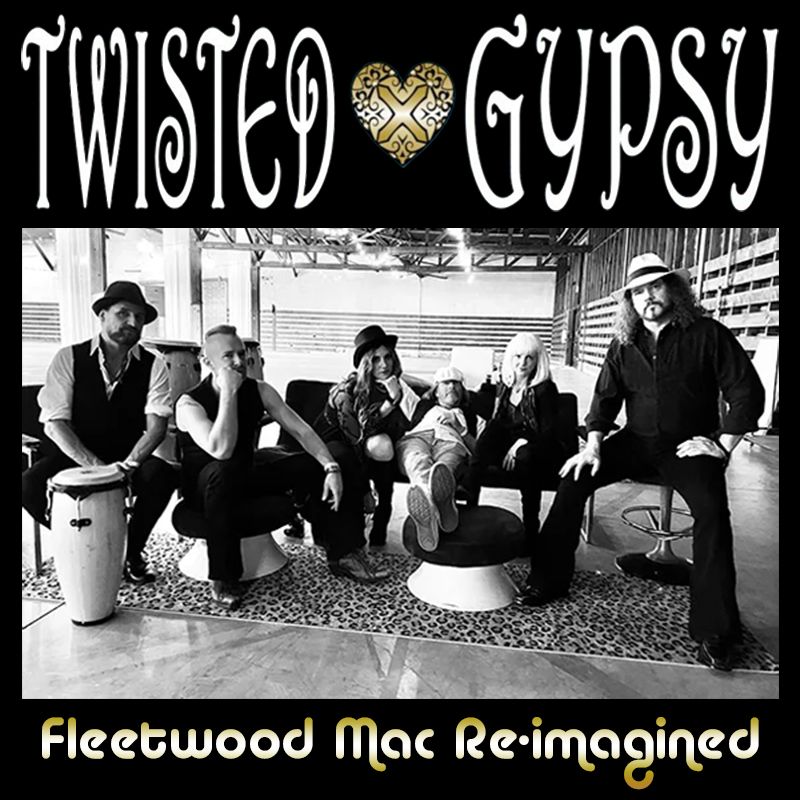 Ticket Price: $16 advanced / $19 day of show / $28 reserved loft seating (available over the phone or in person at out box office)

Niki Bente as "Stevie Nicks"
Niki Bente, is a singer/songwriter from Valencia, Ca. She grew up in choir and studied jazz and blues in college. She entered her professional performing career at 20, singing in multiple cover bands and studio session work. The cover bands range from an acoustic duo, all girl funk and soul band, southern rock, 80’s, billboard top 40’s, country and more. Performing at Disney, Magic Mountain, Carnegie Hall, numerous weddings, corporate events, American Idol season 4 & 6, Nashville Star season 10, to name a few. She has always been influenced by singers that have a story to tell and an overwhelming sense of passion in their voice, such as Stevie Nicks, Ann Wilson, Billie Holiday and Janis Joplin. Singing and performing has always been a passion of hers and she calls herself lucky to have had the amazing opportunities she has had. She always looking forward to whatever new and exciting challenges that may come her way with music.

Timmy Gilmer as "Lindsey Buckingham"
Tim started playing guitar in 1982. After his first rehearsal in a friend’s band, the bass player quit. Tim borrowed the bass players equipment for the next rehearsal and bought his first bass after that second practice, never looking back.

Yes, Tim is primarily a bass player but he has developed into a jack of all trades type of musician with his guitar never too far out of reach! He developed his musical abilities playing on the Sunset Strip in the 80’s and 90’s to present day with bands such as: Steel Wolf, Burning Bridges, Marcus, Cactus Groove, Dark Chapter, Idelwood and Timmy G & The Kenny’s. Lately, Tim has been branching out a great deal more into writing and recording his own music while performing at Singer/Songwriter events whenever possible.

Some of you may recognize Tim - he first joined Twisted Gypsy playing the role of John McVie at the beginning of 2018.

Melia Rose Scaletty as "Christine McVie"
Melia Rose Scaletty, from Kansas City, Missouri, is a singer/songwriter who started her musical journey with piano lessons at the age of six. In high school, her interests blossomed into composing, choir, and theatre. Melia continued her performance studies at Berklee College of Music, studying jazz, and American Musical and Dramatic Academy, receiving a Bachelors of Fine Arts Degree in Music Theatre. Today, Melia is an active songwriter, performing around Southern California while teaching children’s voice and piano. She’s incredibly honored to portray Christine McVie in Twisted Gypsy! Rock on!

Milo Todesco as "Mick Fleetwood"
Born and raised in Southern California, Milo Todesco took advantage of growing up near Los Angeles. Milo not only took private lessons but attended classes, clinics and concerts, hearing his favorite drummers and musicians while discovering new ones. His lifelong path of music has been vast. From playing tympani for the great Choral master Roger Wagner, grooving behind Delaney Bramlett, or jamming with Slash, Brad Paisley to recording/touring with Alain Whyte (Morrissey), Chris Shiflett (Foo Fighters), etc. Having been a member of punk rock recording artists Down By Law and Zerodown, Milo spent years traveling the world performing in Australia, Canada, Europe, South America, and nationally all over the USA.

Aaron Kusterer (Lead Guitar)
Aaron is a guitarist, composer, and producer. He's performed around the world for the past 10 years as a member of the United States Air Force Band. He's led several bands with the Air Force as a tour manager and musical director, traveling from exotic places like the Kwajalein Atoll and Antigua, to Kuwait City and Melbourne. His repertoire ranges from Top 40 pop/rock to jazz and everything in between. Aaron's played with Eddie Money, Juanes, Danilo Perez, Barry Dunaway (ex-bassist for Yngwie Malmsteen), Jennifer Batten (Michael Jackson, Jeff Beck), and J.K. Kleutgens (Cirque du Soleil), to name a few. He recently co-produced several commercials, including the “Let Hawaii Happen” national marketing campaigns for the Hawaii Visitor’s Bureau. He resides with his wife, Nicolle, in Long Beach, CA.