with Lisa Sanders and Brown Sugar 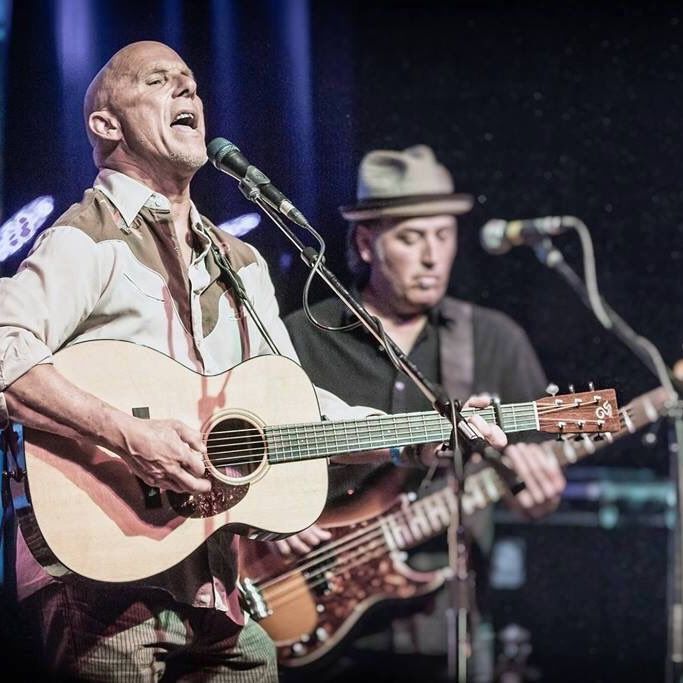 with Lisa Sanders and Brown Sugar

Ticket Price: $25 advanced / $28 day of show / $44 reserved loft seating (available over the phone or in person at out box office)

Throughout his baseball career, Tim Flannery had his guitar in hand. His uncle, Hal Smith – hero of the 1960 World Series with the Pittsburgh Pirates – was one of Flan’s earliest baseball and musical influences. “He was also a songwriter and carried a Gibson J 35 everywhere. I grew up never knowing you couldn’t do both.”
Flan writes songs about his family roots, love, and the surrender that comes when you understand some things are out of your control. He writes about baseball and being on the road, the call of the highway, and the beacon of home. He has an ace band, the Lunatic Fringe, that bring his songs roaring to life in various musical genres like bluegrass, country, and rock.
Flan has three World Series Championship rings as a third-base coach with the San Francisco Giants, and he has released 14 albums of original music over the years.
He and his wife, Donna, created the Love Harder Project, a 501(c)3 non-profit charitable organization dedicated to anti-bullying and funded by proceeds from his performances and public donations.
In 2020, Flannery developed a life-threatening staph infection, but after two of the hardest months of his life was able to recover at home with help from his ever-loving family.
Now Tim Flannery is healthy and ready to play shows with his band. He is currently booking shows and writing new songs for his latest album, Waiting On A Miracle which will be released in 2022.

Lisa Sanders and Karen "Brown Sugar" Hayes are a pair of electrifying, bodacious, harmonizing singers of genuine heartfelt songs. This country-bluesy duo have been performing there unique style of music for over ten years to enthusiastic fans across America.
Lisa and Karen's friendship began long ago when they met briefly at a high school party. Later on in life, both older and much wiser, the women met again when their kids were in the same class at school. They became the best of friends. Neither one of them realized that one day they would be a couple of moms writing and performing music all across the country.
Karen has been singing since high school. When Lisa noticed that Karen knew all of her songs and had an amazing sense of harmony, Lisa asked Karen to join her band. They have since become a musical powerhouse. With harmonizing skills that have garnered the duo many accolades and opening spots with artist such as Bonnie Raitt, Lucinda Williams, BB King, Al Green and many more.
Lisa Sanders and Brown Sugar are set to tour in support of their 8th CD release Shiver, nominated for San Diego Music Awards Best Pop Album. Produced and recorded by Jeff Berkley of Berkley Hart. Recorded with the Lisa Sanders Band, led by Jeff Berkley.