The Zombies: Life Is A Merry-Go-Round Tour 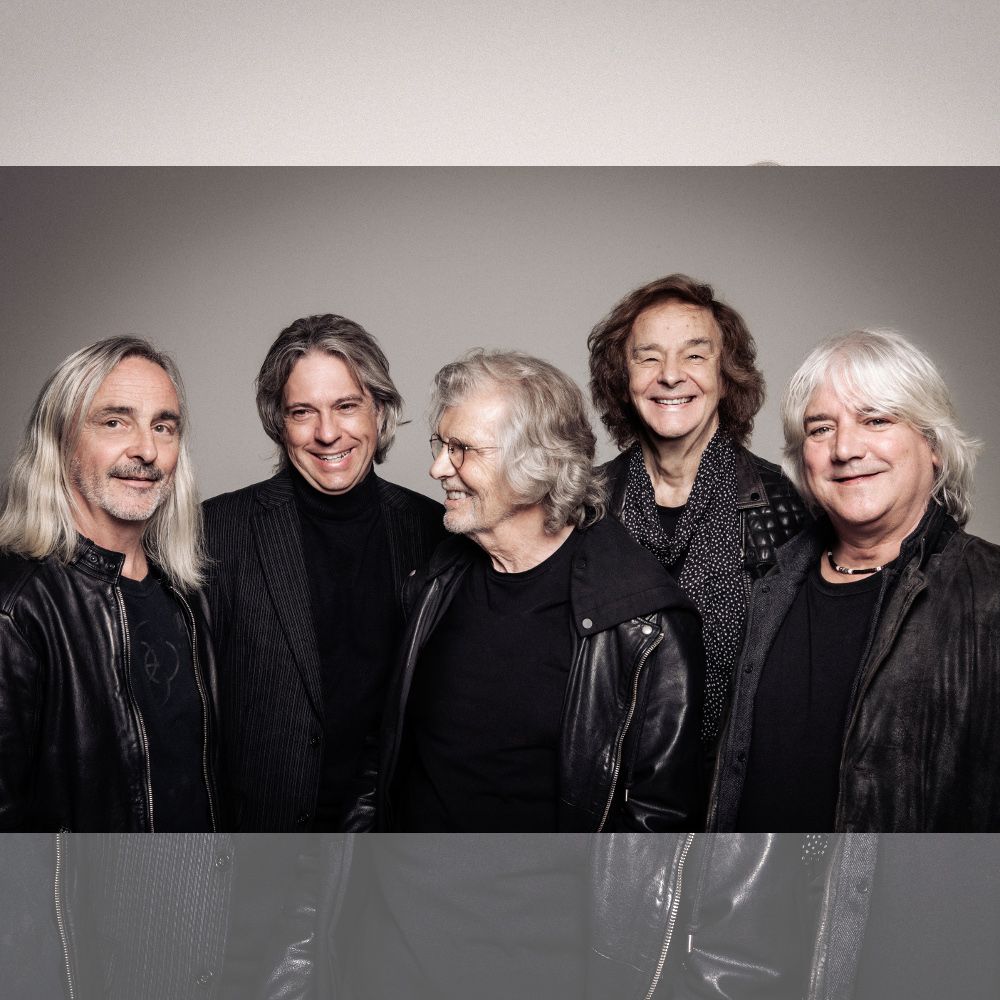 The Zombies: Life Is A Merry-Go-Round Tour

The Zombies are an English rock band formed in 1962 in St Albans and led by keyboardist and vocalist Rod Argent and vocalist Colin Blunstone.The group scored British and American hits in 1964 with "She's Not There". In the US, two further singles—"Tell Her No" in 1965 and "Time of the Season" in 1968—were also successful. Their 1968 album Odessey and Oracle is ranked number 100 on Rolling Stone's list of the 500 Greatest Albums of All Time. The Zombies were inducted into the Rock and Roll Hall of Fame in 2019.The Zombies signed to Decca and recorded their first hit, "She's Not There" after winning a beat-group competition sponsored by the London Evening News. "She's Not There" was released in mid-1964 and peaked at number twelve in the U.K., where it would be their only top-forty hit. It was first aired in the United States in early August 1964, on New York City rock station WINS by Stan Z. Burns, who debuted the song on his daily noontime "Hot Spot" segment during which new songs were played. The tune began to catch on in early Autumn and eventually climbed to number two.In early 1965, "Tell Her No" became another big seller in the United States but had failed to make the Top 40 in the band's native U.K Subsequent recordings such as "I Love You" (which became a hit for People! in 1968), "Indication", "Whenever You're Ready", and "Is This the Dream" failed to achieve the success of the previous two singles.Their first LP, Begin Here (1965), was a collection of early singles, half a dozen original songs combined with several R&B covers. The Zombies signed to CBS Records for one final LP in 1967. The resulting album, Odessey and Oracle, was one of the very first to utilise a Mellotron keyboard, as the band's budget did not allow for the hiring of session musicians. The band discovered too late that "odyssey" had been misspelled by the cover designers and were reportedly deeply embarrassed.By the time Odessey and Oracle was released in April 1968, the band had broken up. The album sold little, and was only released in the U.S. because musician Al Kooper vouched for it. It has since gone on to be recognized as one of the greatest albums of all time, with Rolling Stone ranking it eightieth on its 500 Greatest Albums list. An album track called "Time of the Season" was released as a single. and eventually (1969) it became a huge nationwide hit (Billboard number three) after a radio DJ discovered it and put it on heavy rotation.After The Zombies disbanded, Rod Argent formed a band called Argent; Colin Blunstone started a solo career. In1991 Blunstone, Grundy, and White briefly reunited as The Zombies with guitarist Sebastian Santa Maria, and recorded the album New World. Iconic British psychedelic pop legends The Zombies have returned to celebrate the release of their latest Billboard-charting album, Still Got That Hunger, lead by founding and current members, vocalist Colin Blunstone and keyboardist Rod Argent, alongside bassist Jim Rodford (formerly of ARGENT and The Kinks), Rodford’s son Steve Rodford on drums, and renowned session guitarist Tom Toomey. The band’s live performances, described by Rolling Stone as “absolutely triumphant”, take fans on a journey through time, from their early hits…their 1968 masterpiece Odessey & Oracle…post-Zombies solo favorites…right to today with Still Got That Hunger. The second U.K. band following the Beatles to score a #1 hit in America, The Zombies infiltrated the airwaves with the sophisticated melodies, breathy vocals, choral back-up harmonies and jazzy keyboard riffs of their 1960’s hit singles “She’s Not There” and “Tell Her No.” Ironically, the group broke-up just prior to achieving their greatest success – the worldwide chart-topping single “Time of the Season,” from their swan-song album Odessey & Oracle, ranked #100 in Rolling Stone’s ‘500 Greatest Albums of All Time.’ To this day, generations of new bands have cited The Zombies’ work as pop touchstones, and the band continues to be embraced by new generations of fans. Following the break-up of the original band, lead vocalist Colin Blunstone went on to develop an acclaimed solo career (with hits including "Say You Don't Mind," "What Becomes of the Brokenhearted", and “Old & Wise” with Alan Parsons Project) and keyboardist/songwriter Rod Argent rocked ‘70’s arenas with his eponymous band ARGENT (“Hold Your Head Up,” “God Gave Rock ‘n’ Roll To You”), but the legend of The Zombies continued to take on a life of its own. By the start of the new Millennium, Blunstone and Argent were inspired to resurrect The Zombies. The explosive release of Still Got That Hunger proved that Zombies fever is stronger than ever, with premieres at Rolling Stone, Mojo, The Wall Street Journal, The Guardian Speakeasy, and Spin, alongside special broadcast performances, including Later…With Jools Holland, The Late Show With Stephen Colbert and AOL Sessions. Moreover, it marked a historical moment on the Billboard charts, as The Zombies’ critically acclaimed album Odessey And Oracle re-entered the Billboard 100 forty-eight years later at the same time as Still Got That Hunger!