The Devastators and Ginger Roots and the Protectors 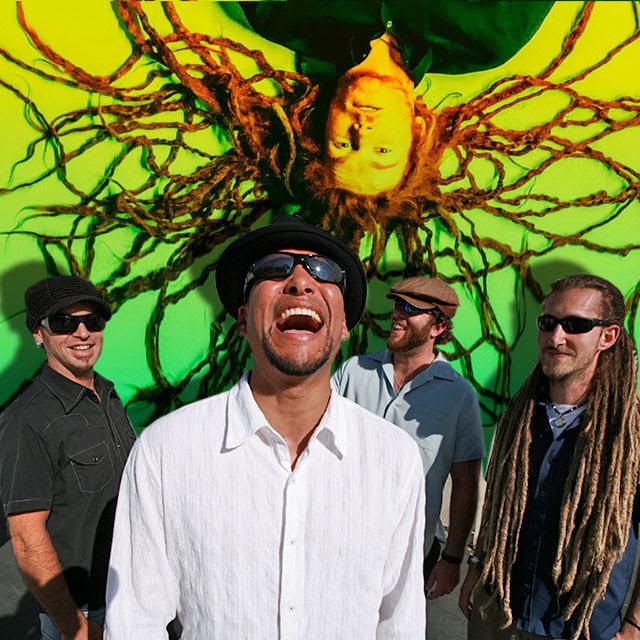 The Devastators and Ginger Roots and the Protectors

Ticket Price: $18 advanced / $20 day of show / $32 reserved loft seating (available over the phone or in person at out box office)

​Ginger Roots and the Protectors

Ginger Roots & the Protectors, Southern California's newest and brightest stars are ready to set the music world on fire. Steeped in the traditions of "Roots Reggae", the group now launches what promises to be a long love affair with reggae fans everywhere.

The sounds of Ginger Roots & the Protectors are inspired by traditional "Roots Reggae", blended with contemporary rhythms and gifted musicianship. Weaving smart and socially conscious lyrics with head boppin' beats, every song stands out. On their latest release, the group collaborated with some of Reggae's most venerated players to complete the sounds that will get the worlds attention.

Established in 2000, The Devastators are a four-piece reggae outfit based out of San Diego, California. Their sound has been described as a soulful mix of roots reggae and dub with a hint of funk, combining heavy drum and bass grooves and the old school sounds of Hammond organ, clavinet, and piano. The core line-up consists of prominent SD reggae musicians Ivan Garzon (lead vocals, bass), John Allen (drums, backing vocals), Alex Somerville (keyboards), and Brian Teel (backing vocals, guitar, keyboards). These four veteran performers share over 10,000 hours of combined stage experience and have backed National artists such as Pato Banton, Big Mountain, The Wailing Souls, Garth Dennis, The Itals, Elijah Emanuel, James McWhinney, Edi Fitzroy, Earl Zero, Wadi Gad, Bunny Mystic, Mystic Bowie, Majic (NZ), Carlos Paez (B-Side Players), One Drop, and Kevin Kinsella (John Brown's Body/10ft. Ganja Plant), among others.
A graduate of Cal Arts, singer/songwriter Ivan Garzon is both an accomplished bassist and vocalist, possessing the rare ability to combine the two seamlessly in live performance. Garzon's talents blend well with one of the hardest working rhythm sections in Southern California, well known locally for over a decade performing and recording with Elijah Emanuel and the Revelations and touring internationally with Big Mountain and Quinazo (solo project of singer/songwriter Quino McWhinney of Big Mountain).
The Devastators were voted “Best World Music” in the 2010 San Diego Music Awards and received nominations in 2004, 2006, 2008, 2009, 2011, 2013, 2014, and 2015. In 2012 they were awarded the SDMA for “Best World Music Album” for their 3rd studio release “Lights of Tomorrow.” Their debut album "Frontline" and song "Find A Way" won 2nd and 3rd place respectively in the Reggae Album and Reggae Song categories in the 2009 JPF Independent Music Awards held in Nashville. 2017 Finds the band back in the studio with a 4th studio album due for release later in the year. Their studio catalog receives over a million plays annually on popular digital streaming services.

Danny (singer/songwriter) fronted Los Angeles based Reggae/Soul band INTERNATIONAL FARMERS who wrote two albums before he moved to Hawaii. After two years on the island, he moved to Carlsbad to become a rep for Stone Brewing Co. Scott Clayton, long time friend in the biz, came across him on Facebook one day & noticed he moved to the area. Knowing Danny's skills & style, Scott jumped at the opportunity to work on this project.

Scott & Jonam LeBlanc have been a drum & bass pair since 2008, 1st backing Ikaika Beamer, & next starting the band SHORELINE ROOTZ. Jonam started a family and went to golf academy; while Scott started a music booking agency. Scott, Jonam, and the original horns were all in Shoreline Rootz together.

In 2017 the original horns, the Brassholes moved on, but are always part of the project's roots. Jeff(trombone) has moved north near the bay area, and Carlos(trumpet) has his family focus. The horn section is represented by the talent of Jeff Dresser on saxophone, and Donny Carter playing both trumpet and trombone. Jah Mex completes the band bringing his experience on keys, back up vocals, and the melodica.

Fast forward and we've finally gained back the urge to create music like we used to with a couple new band mates & share it with our fans!

The name "New Leaf" derives from us all coming back to music after it taking a toll on us. Opening a new chapter in life, looking at things in a new & positive way, and starting over fresh is what New Leaf is all about. We feel our sounds reflect this way of thinking as we feel it's very unique & special.