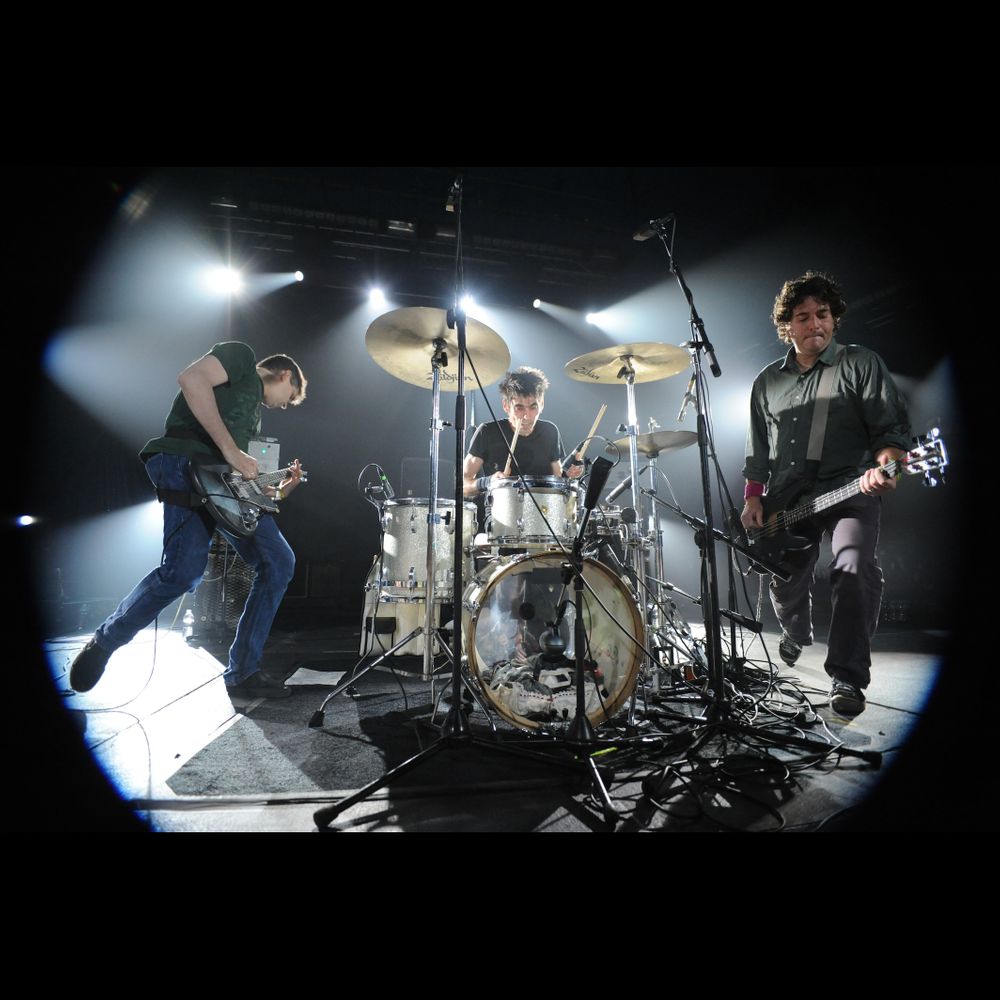 Ticket Price: $30 advanced / $30 day of show / $53 reserved loft seating (available over the phone or in person at out box office)

Shellac of North America (you can call us Shellac, that's fine) is a minimalist hard rock band. Bob and Steve live in Chicago, both of them have wives and bicycles. Todd lives in Minneapolis with his wife, they have bicycles. We have been a proper band since, I don't know, like 1993. Todd and Steve played a little as a two-piece (casually, no shows or anything) starting in around 1990, then Bob joined and we started doing it for real, that was probably some time in 1992 and we haven't quit. Six or seven albums, some singles. Tour everywhere they'll have us, two weeks at a time. Really happy with how it's all worked out.

March 2020 started with a tour of the midwest, then we canceled the end of it because holy shit there's a fucking global pandemic. We haven't all been in the same room since. Some zoom chats. Lots of texts. Had another album mostly done but haven't been able to wrap it up. We were gonna do that after the tour, but... Everything's been rescheduled a couple-tree times already.

Oh yeah, Bob was in the Volcano Suns and is still in the Martha's Vineyard Ferries, he runs Chicago Mastering Service and cuts records for a living. Todd was in Rifle Sport and Breaking Circus, still in Brick Layer Cake, mostly teaches drumming and makes sharp investments. Plays golf when he can. Steve was in Big Black and Rapeman (ugh with that name already) and makes records for other people mostly at Electrical Audio. Steve won a World Series of Poker bracelet in Seven Card Stud in 2018, the same year Todd hit a hole-in-one. Bob has sailed solo around the horn. Top that!

SHANNON WRIGHT’S ALBUM PROVIDENCE IS A MAGNETIC, STARK AND A SINGULAR PIANO ALBUM. HER SOLITUDE SOUND AND FRAGILITY LURES YOU INTO HER DISARMING TENDER WORLD.

7 SONGS IN POETIC FORM, A TRANSCENDENT STATE, REVEALING A LONESOME HEART THAT WANTS TO CLOSE THE DOOR ON THE PAST. WHEN SHE SINGS, “WAIT, TAKE THEM OFF/THESE CHAINS/BEFORE YOU LEAVE/BEFORE IT’S TOO LATE”, HER VOICE CASTING THE WOUNDS BEHIND.

PROVIDENCE WILL RECALIBRATE THE HEART. WRIGHT’S RESILIENCE DRAWS YOU UP TO THE MOUNTAINTOP TO WEATHER THE STORM, TILL YOU DON’T WANT TO COME BACK DOWN.