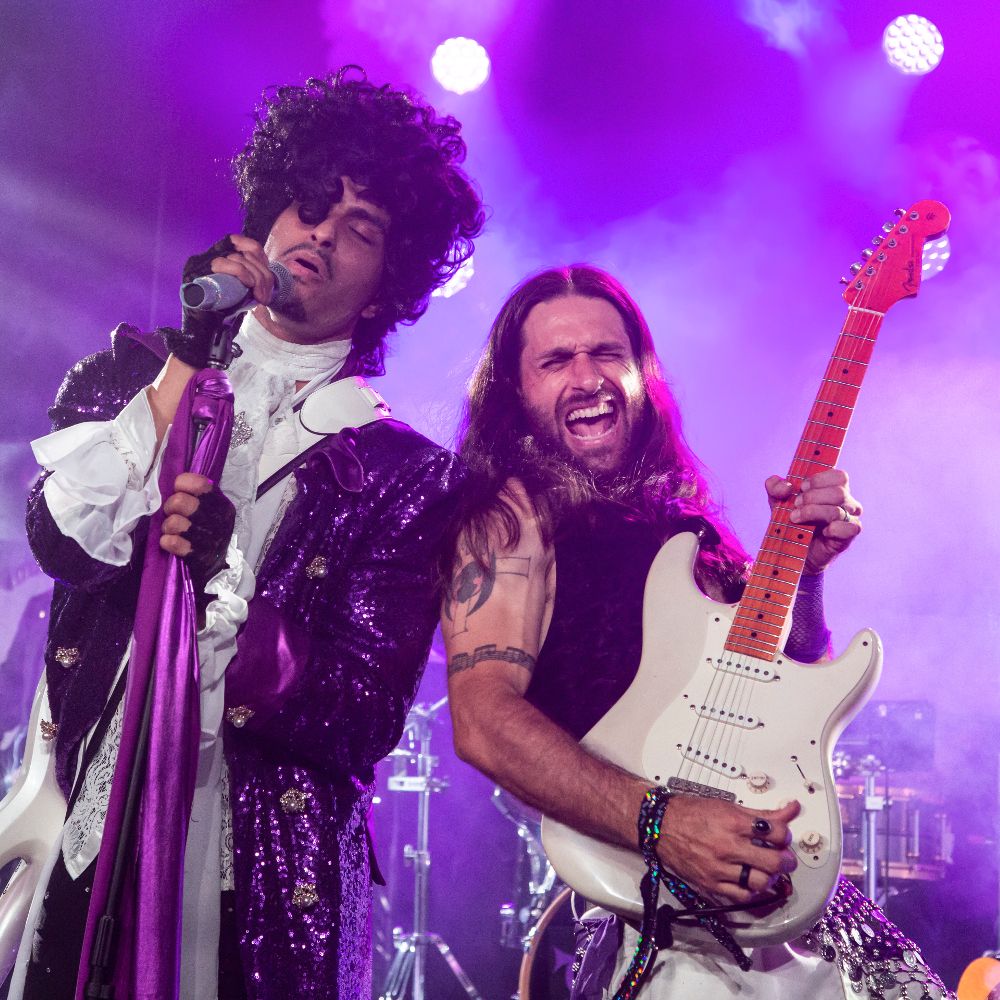 Ticket Price: $19 advanced / $22 day of show / $34 reserved loft seating (available over the phone or in person at out box office)

Prince Again - A tribute to Prince

Prince Again: A Tribute To Prince.

It doesn’t get more legendary than the music of Prince. When the iconic performer passed in 2016, the world mourned the loss of the multi-instrumentalist savant who was well ahead of his time musically.

Whether you were a fan of Prince’s irrevocable style, or only discovered his catalogue after his passing, Prince Again is a show for all to enjoy.

Prince’s hits smashed the Billboard Charts and created memories for generations – after all, Prince penned arguably some of the best songs in music history; with tracks such as Little Red Corvette, 1999, Kiss, Cream, Diamonds & Pearls, I Wanna Be Your Lover and the iconic Purple Rain.

With no doubt that Prince Again will pay homage in a party fashion, audiences are guaranteed to be on their feet from start to finish. Fans will revisit and keep those purple memories alive along with creating new ones in deference to the Prince.

Don your Raspberry Beret, recreate the magic of Prince live on your stage or at your special event and make a beeline for this fantastic live show which punches out all of the icon's top numbers, dance moves and stagecraft with perfection.

Very few decades were as musically iconic as the 1980s, when Rock, Heavy Metal, New Wave, Pop, Dance, and a variety of other genres came blasting from radio airwaves into our living rooms. With the introduction of the music video via MTV in 1981, music was forever changed -- and Billy Idol was one of the first recording artists to take advantage of this new visual medium. In fact, music videos proved to be an integral component of Idol’s enduring success – which has included selling over 20 million albums, countless digital downloads, and 3 Grammy nominations albums over his 4-decade career. Idol, who first achieved fame as a founding member of the punk band Generation X -- is as culturally relevant as ever. He recently finished a world tour and press junket to support both his highest debuting album to date, 2014’s “Kings and Queens of the Underground,” as well his autobiography, Dancing With Myself, (which reached number 5 on the New York Times celebrity best seller list in November 2014). Never one to rest on his laurels, Idol is currently bringing his timeless music to fans new and old through a multi-date Las Vegas residency (“Billy Idol Forever”) at the House of Blues, Mandalay Bay, which runs through October 2016.

Generation Idol formed in 2013 in Southern California after Knight relocated to the west coast from Las Vegas and promptly recruited a consummate band of seasoned musicians to help fulfill his musical vision. Based in Los Angeles, Generation Idol has taken the tribute band world by storm with their furious ascent from novice support act to renowned headliner within their first year; by the end of their second year together they were selected for a live, hour-long featured performance on AXS TV’s “The World’s Greatest Tribute Bands” (for a nationwide audience of 48 million people).

Attendees of their April 6, 2016 performance on “The World’s Greatest Tribute Bands” (4/06/16) were blown away by Craig and his band, and they raved about the group immediately after seeing the show (click here to see the fan reaction video):

“I don’t hear a difference. They’re amazing. They sound just like ‘em. I think Billy should be proud!”

“The energy was off the charts – best thing I’ve seen.”

“The way he (Craig Knight) got everybody to motivate and sing along – I mean, it was like everybody in unison.”

Veteran Las Vegas performer Craig Knight uncannily personifies the oft-sneering swagger and rugged baritone of Billy Idol in his aptly named band, Generation Idol (a nod to both Generation X and Idol’s fan club). An amazing performer, vocalist and spot on look-alike, Knight’s faithful tribute to Billy Idol is a nostalgic flashback that transports you right back to the “totally awesome 80’s.” Vocalist Craig Knight had an extended residency with Planet Hollywood’s “Superstars on Stage” show at Las Vegas’ V Theater, and has performed for Vince Neil’s Las Vegas Outlaws Arena Football League halftime show at the Thomas & Mack Arena.

Come join the “Billy Idol Generation” for an unforgettable night of classic music (both old and new), and hear some of the stories that inspired some of Idol’s songs. Hit the dance floor and move to such mega-hits as, “Mony, Mony,” “Dancing With Myself,” “White Wedding,” “Rebel Yell,” “Cradle Of Love,” “Hot In The City,” “Flesh For Fantasy” and “Eyes Without A Face.” After the show, meet the band and take pictures with the nation’s premiere Billy Idol tribute artist, Craig Knight.