with Ginger Roots & The Protectors 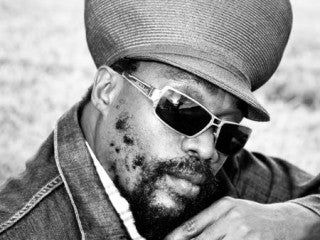 with Ginger Roots & The Protectors

Ticket Price: $26 advanced / $29 day of show / $46 reserved loft seating (available over the phone or in person at out box office)

For thirty years, Michael Rose has been recording and performing his brand of militant, hardcore Jamaican music to the delight of reggae fans around the world. As a solo artist, with Black Uhuru, and back as a solo artist, the "Ruff" Rose has achieved great success throughout his career, even as different Jamaican musical styles have phased in and out of popularity.

Perhaps the highest profile recognition came in 1984, when Michael Rose and the other Black Uhuru members (Duckie Simpson, Puma Jones, Sly Dunbar, and Robbie Shakespeare) won reggae's first Grammy award for the album, Anthem. But the story doesn't begin with Black Uhuru. In 1976, Michael Rose was already a seasoned performer, having honed his skills by performing on Jamaica's hotel circuit. When an early incarnation of Black Uhuru (Ducky Simpson and Errol Nelson) approached Michael to join the group, he already had several solo singles to his credit. These include the original "Guess Who's Coming To Dinner" and "Clap the Barber," both recorded for producer Niney The Observer, and "Running Around" for Winston Campbell.

Black Uhuru's first full length was released in 1977 and called Love Crisis. It was produced by King Jammy (then Prince Jammy), and the big hit of the album was "I Love King Selassie." But it was not until the Showcase album was released in 1980-with a new lineup of Michael Rose, Duckie Simpson, and Puma Jones-that Black Uhuru reached their creative peak. Heartbeat reissued the set on CD (Guess Who's Coming To Dinner, HB 18), which includes the massive 12" singles "Shine Eye Gal," "General Penitentiary," "Plastic Smile," and of course, "Guess Who's Coming To Dinner." At the forefront of the recordings and live shows was the charismatic Michael Rose, who had incredible stage presence and a vocal style all his own. So popular was his trademark sound that singers like Don Carlos, Junior Reid, Yami Bolo , and others embraced it as the "Waterhouse" sound.

Throughout the first half of the 1980s, Black Uhuru continued their success with albums on Island Records-Sinsemilla, Red, Chill Out, and Anthem, along with compilations, dub albums, and live albums. They became the best-known reggae act since Bob Marley, and won the first reggae Grammy for Anthem in 1984. Even today, Island continues to capitalize on the group's success by re-compiling and re-releasing the group's Island years material.

With lead singer Michael Rose seemingly at the top of his game, he parted ways with Black Uhuru, with the intention of redefining his musical direction as a solo artist. In the early 1990s, Michael Rose suddenly appeared on the scene with new material including Jamaican singles produced by Sly & Robbie ("Monkey Business," "Visit Them," "One a We Two a We"), and three albums (Proud, Bonanza, and King of General) released in Japan.

As a solo artist, Michael regularly tours the U.S. and Europe, and has maintained his Jamaican fan base with hit singles on the island and abroad. He is a modern roots singer, and fits perfectly into today's scene. With a glorious past and a wide-open future, Michael Rose is truly a reggae superstar.

​Ginger Roots and the Protectors

Ginger Roots & the Protectors, Southern California's newest and brightest stars are ready to set the music world on fire. Steeped in the traditions of "Roots Reggae", the group now launches what promises to be a long love affair with reggae fans everywhere.

The sounds of Ginger Roots & the Protectors are inspired by traditional "Roots Reggae", blended with contemporary rhythms and gifted musicianship. Weaving smart and socially conscious lyrics with head boppin' beats, every song stands out. On their latest release, the group collaborated with some of Reggae's most venerated players to complete the sounds that will get the worlds attention.