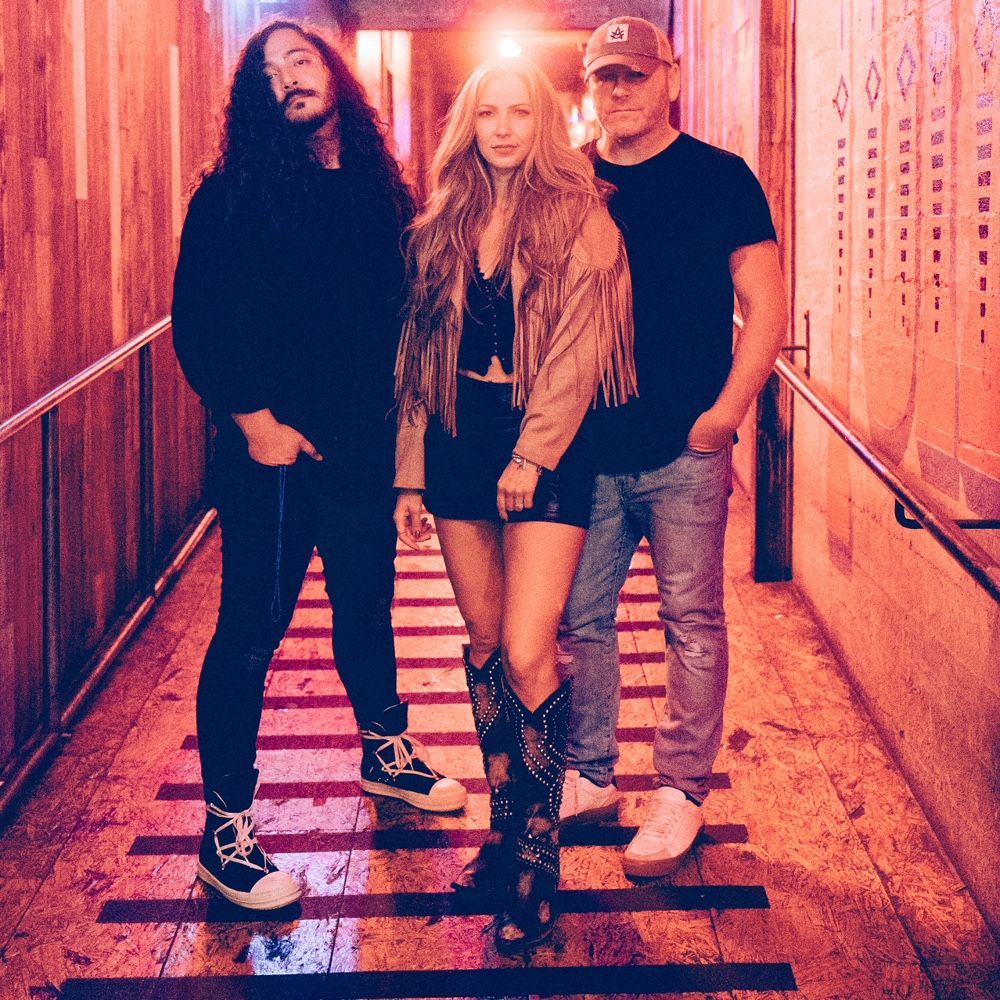 Ticket Price: $8 advanced / $11 day of show / $14 reserved loft seating (available over the phone or in person at out box office)

Morgan Leigh Band is Southern California's hardest working high energy country band! Morgan Leigh and Paul Coughlin have been writing and performing together since 2010 with Paul playing guitar and lending his angelic harmonies to Morgan’s powerful “SoCal country” vocals. The pair met banjo/fiddle/ guitar player Reuel Zavala in 2013 who turned their 2-part harmonies into 3-part. The three of them have toured from coast to coast, out of their base of operations in San Diego, with rhythm and lead sections comprised of Southern California’s top young country musicians.

The Red Headed Strangers (“The RHS”) are songwriter ZB Savoy (Good Clean Dirt), Matt Lynott (The White Buffalo), Grammy winner Mike Butler (Billy-Bob Thornton’s Box Masters), and Patrick McClory (Sara Petite/Bastard Sons of Johnny Cash). They are a California based country music band.
Their upcoming full-length country concept album “REVEREND” (release date 6/17), follows the arc of a corrupt Reverend’s spiral toward self-destruction, his failed attempt to sell his very soul, and the subsequent realization that his faith in God may be better placed in humanity itself.
The second release, “Weight Of The World”, is half spaghetti western, half psychedelic rocker, landing somewhere between The Highwaymen and Paul Cauthen. Savoy’s acoustic guitar drives the tune forward with Lynott’s signature freight train drumming. McClory’s modern take on classic country bass lines and Butler’s psychedelic western guitar work adds palpable layers of depth to the track. All of this in concert with Savoy’s deep vocal delivery allow the track to land with a plethora of gravitas.
In the arc of the REVEREND concept album’s story line, “Weight Of The World” comes just after the Reverend bears witness to blatant social injustice (a track to be released with the full REVEREND album called “Why’d They Chase”). He wrestles with his privilege, the hypocrisy of his own congregation, and the guilt in knowing that he has done little to try to right the world’s wrongs.
The RHS initially formed as a “ridiculously fun” side project playing “The Songs of Willie Nelson”. The Classic Country band soon found itself playing an unexpectedly busy schedule throughout Southern California. It was only a matter of time before an original project took shape.
“REVEREND” is that project. ZB Savoy sketched the concept and wrote the majority of the album in the space of a couple weeks. And Butler, Lynott and McClory helped bring the vision to life. The first two singles, “Weight Of The World” and “Whiskey Cocaine & Women” bode well for what this concept album may be in its entirety.

Sitting down and listening to Mango Melody’s debut release Fruit of Happiness from start to finish is like sitting down to lunch mid-week with an old friend and catching up on several life stories for a quick 45 minutes before slogging back to the daily grind. The tone on this record is casual but memorable and genuinely intimate, as it should be between good friends. Topics range from songs about love, heartbreak, and feelings of isolation, to anthems about courage, resolve, as well as tunes showcasing meditative and introspective feelings. Musically, the album stays fresh by juxtaposing tightly written song structures with memorable melodies set to varying musical sensibilities in rock, pop, jazz, blues, funk, and soul. For reference, it could be said that the sounds on this work are suggestive of artists like No Doubt, Ben Folds, Coldplay, Jack Johnson, Audioslave, and Jimmy Eat World combined with a nostalgic throwback to artists such as Billie Holiday, Ella Fitzgerald, Stevie Wonder, and Otis Redding. Nevertheless, the album maintains a decidedly original quality, effectively drawing upon past influence without attempting to simply mimic the source.

The band itself is the brainchild of Swiss-American brother and sister duo Mike and Tracey Stockalper, who hail from Encinitas in North County San Diego, California. Although the duo has played music together for many years, it was not until 2012 that they began performing in and around the San Diego area and began writing original music together. In late 2013, the duo released Fruit of Happiness. The album also features long-time San Diego musician Chris Prescott (Pinback, No Knife, Jade Shader) on the drums, who adds a wonderfully sophisticated and robust rhythmic underpinning that adeptly supports the songwriting.

Outside his involvement with the band, Mike is an accomplished jazz pianist, guitarist, songwriter and composer. He has studied with jazz greats such as Kamau Kenyatta, Anthony Davis, David Borgo, and Mark Dresser, and has played and/or performed with artists such as Aakaash Israni of Dawn of Midi, Daniel De La Cruz of Slightly Stoopid, and the Mattson 2. Tracey, who performs all of the lead and backing vocals on the record, honed her sensual and fluid vocal style from years of listening to artists such as Fiona Apple and Nora Jones, while spending countless hours finding her own sound within the realm of such influence. As a songwriter, she draws from an eclectic palate of influences such as Patrick Watson, Stevie Nicks, Sheryl Crow, and countless other songsmiths and word mavens. In addition to her career in music, Tracey is also a well established and highly sought after yoga teacher and yoga teacher trainer in Southern California.

Blending her powerhouse vocals with elements of R&B, Rock, Jazz, Soul, Latin, Folk, and electronics, Rose produces an eclectic repertoire of music from piano ballads to rock & roll and dance. She has recorded in many studios and has independently released her music listed with ASCAP. Rose collaborates with various songwriters and producers and has been interviewed for radio, TV, and live-streamed musical performances.

Lele shares her passion for charity and healing through music to make a positive impact across the world. She is active with San Diego’s Holiday Magic project benefiting children’s hospitals and has received the Founder’s Service Award.

In addition to her musical artistry, Lele is an experienced marketing specialist, brand ambassador, influencer, and promotional model. She is fluent in Spanish language, able to converse in American Sign Language, and is a certified Yoga instructor (RYT200).