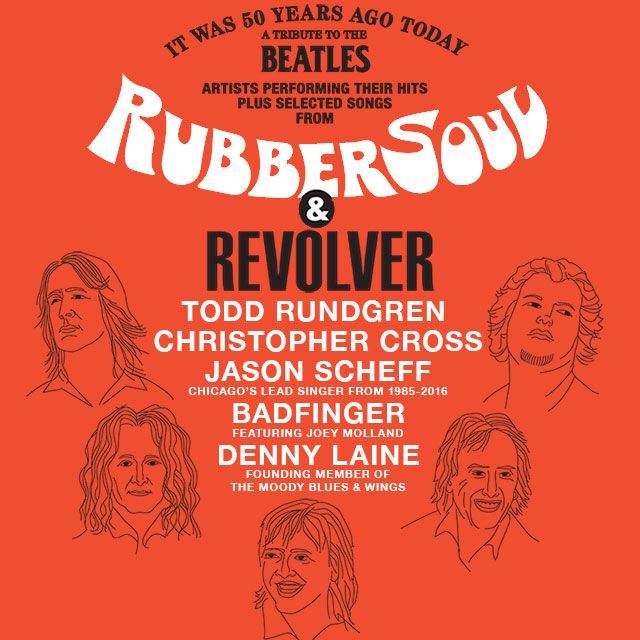 A Wizard, A True Star. The title of Todd Rundgren's 1973 solo album aptly sums up the contributions of this multi-faceted artist to state-of-the-art music. As a songwriter, video pioneer, producer, recording artist, computer software developer, conceptualist, and, most recently, interactive artist (re-designated TR-i), Rundgren has made a lasting impact on both the form and content of popular music.
Born and raised in Philadelphia, Rundgren began playing guitar as a teenager, going on to found and front The Nazz, the quintessential `60's cult group. In 1969, he left the band to pursue a solo career, recording his debut offering, the legendary Runt. But it was 1972's seminal Something/Anything?, on which he played all the instruments, sang all the vocal parts, and acted as his own producer, that catapulted Todd into the superstar limelight, prompting the press to unanimously dub him 'Rock's New Wunderkind'. It was followed by such landmark LPs as The Hermit of Mink Hollow and the above mentioned A Wizard, A True Star, as well as such hit singles as I Saw The Light, Hello It's Me, Can We Still Be Friends, and Bang The Drum.
In 1974, Todd formed Utopia, an entirely new approach to the concept of interactive musicianship, and embarked on an extensive round of touring and recording. Standout Utopia offerings included Oops! Wrong Planet, Adventures in Utopia, and Oblivion. Along the way, Utopia combined technical virtuosity and creative passion to create music that, for millions, defined the term "progressive rock."
Rundgren's myriad production projects include albums by Patti Smith, Cheap Trick, Psychedelic Furs, Meatloaf, XTC, Grand Funk Railroad, and Hall And Oates. Rounding out his reputation as rock's Renaissance Man, Rundgren composed all the music and lyrics for Joe Papp's 1989 Off-Broadway production of Joe Orton's Up Against It (the screenplay commisioned by The Beatles for what was meant to have been their third motion picture). He also has composed the music for a number of television series, including Pee Wee’s Playhouse and Crime Story.
Early last year Rundgren performed his iconic 1973 album A Wizard A True Star in concert in its entireity for the first time ever, and recently did the same with a double bill: Todd & Healing. His latest two studio albums Todd Rundgren’s Johnson, a collection of classic Robert Johnson songs, and reProduction, covers of songs Todd has produced for other artists. This summer he is touring with Ringo Starr (for the third time).

Christopher Cross burst onto the music scene with his 1980 self-titled debut album, winning five Grammy Awards, including—for the first time in Grammy history—the “Big Four” most prestigious awards: Record of the Year (for the single “Sailing”), Album of the Year, Song of the Year (also “Sailing”), and Best New Artist.


In a career spanning more than four decades, Cross has sold over 10 million albums. His music has garnered five Grammys, an Oscar, a Golden Globe, an Emmy nomination and five Top 10 singles.


Within a year of the first album’s release, Cross joined music royalty Burt Bacharach to write “Arthur’s Theme,” for the movie Arthur, which won an Academy Award for Best Song. With his 1983 release, Another Page, Cross was again in the Top 10 with the singles “All Right” and “Think of Laura.” His song, “Swept Away,” composed for the hit television series, Growing Pains, was nominated for an Emmy.


Cross started his own label and, since 2007, has released 8 albums of new material, including A Christopher Cross Christmas and The Café Carlyle Sessions, jazz treatments of hits and favorites born out of a residency at the famous Hotel Carlyle in New York City. Take Me as I Am, released in 2018, features richly-crafted melodies and elegant guitar work. The latest project for Christopher Cross Records is aptly titled The Complete Works. Released in 2020, it celebrates his 40th anniversary as a recording artist and is a collection of all 12 previously-released CDs, one CD of singles and bonus tracks, and a pink vinyl containing one track from each album chosen by Christopher.


Even though the COVID-19 pandemic delayed the 40th Anniversary tour, starting in 2021, he is once again performing the carefully-crafted songs and music his fans enjoy, starting with “Sailing” and “Ride Like the Wind” from his Grammy-winning debut album and continuing through the decades of his ever-changing but always excellent material. More 40th Anniversary concert dates will be announced soon. Dates can be found on the tour section of his website, www.christophercross.com.

All in all, it’s been quite a ride, one that has taken Cross from his early days in Texas where he once served as a drum tech for Ginger Baker, bought gear from Jimmy Page, and played lead guitar for Deep Purple on a night when Ritchie Blackmore fell ill, to this place as a respected singer-songwriter-guitar player who continues to share his original music with the world.

There are few bands in the annals of rock music as star-crossed in their history as Badfinger. Pegged as one of the most promising British groups of the late '60s and the one world-class talent ever signed to the Beatles' Apple Records label that remained with the label, Badfinger enjoyed the kind of success in England and America that most other bands could only envy. Yet a string of memorable hit singles -- "Come and Get It," "No Matter What," "Day After Day," and "Baby Blue" -- saw almost no reward from that success. Instead, four years of hit singles and international tours precipitated the suicides of its two creative members and legal proceedings that left lawyers as the only ones enriched by the group's work.

For a few months at the height of the British invasion, Denny Laine was one of the most recognizable voices on the entire British music scene. As the lead singer on the Moody Blues' recording of "Go Now" -- a worldwide multi-million seller -- he stood out in a large pack, and did so splendidly. His soulful, agonized lead vocal performance, coupled with Mike Pinder's chiming piano, proved irresistable on the radio. Within a year, however, the band fell by the wayside.