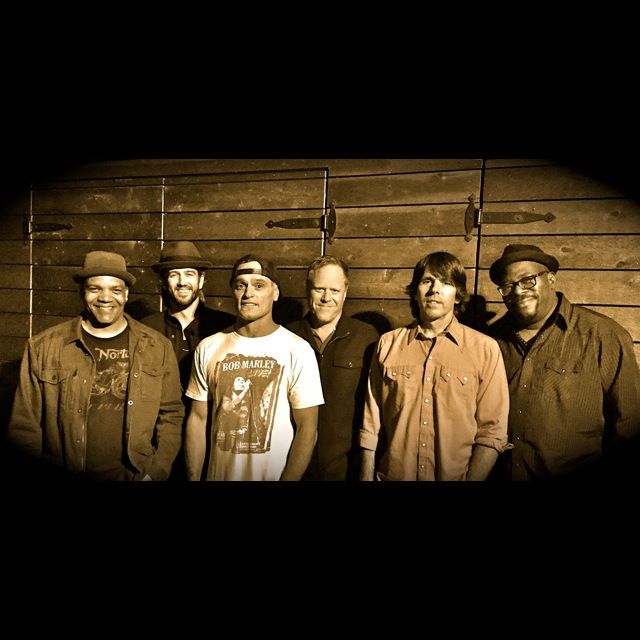 This event has been rescheduled from March 28, 2020. All tickets purchased for March 28 will be honored.

Ticket Price: $25 advanced / $30 day of show / $44 reserved loft seating (loft seating is available over the phone or in person at our box office)

Established in 2000, The Devastators are a four-piece reggae outfit based out of San Diego, California. Their sound has been described as a soulful mix of roots reggae and dub with a hint of funk, combining heavy drum and bass grooves and the old school sounds of Hammond organ, clavinet, and piano. The core line-up consists of prominent SD reggae musicians Ivan Garzon (lead vocals, bass), John Allen (drums, backing vocals), Alex Somerville (keyboards), and Brian Teel (backing vocals, guitar, keyboards). These four veteran performers share over 10,000 hours of combined stage experience and have backed National artists such as Pato Banton, Big Mountain, The Wailing Souls, Garth Dennis, The Itals, Elijah Emanuel, James McWhinney, Edi Fitzroy, Earl Zero, Wadi Gad, Bunny Mystic, Mystic Bowie, Majic (NZ), Carlos Paez (B-Side Players), One Drop, and Kevin Kinsella (John Brown's Body/10ft. Ganja Plant), among others.
A graduate of Cal Arts, singer/songwriter Ivan Garzon is both an accomplished bassist and vocalist, possessing the rare ability to combine the two seamlessly in live performance. Garzon's talents blend well with one of the hardest working rhythm sections in Southern California, well known locally for over a decade performing and recording with Elijah Emanuel and the Revelations and touring internationally with Big Mountain and Quinazo (solo project of singer/songwriter Quino McWhinney of Big Mountain).
The Devastators were voted “Best World Music” in the 2010 San Diego Music Awards and received nominations in 2004, 2006, 2008, 2009, 2011, 2013, 2014, and 2015. In 2012 they were awarded the SDMA for “Best World Music Album” for their 3rd studio release “Lights of Tomorrow.” Their debut album "Frontline" and song "Find A Way" won 2nd and 3rd place respectively in the Reggae Album and Reggae Song categories in the 2009 JPF Independent Music Awards held in Nashville. 2017 Finds the band back in the studio with a 4th studio album due for release later in the year. Their studio catalog receives over a million plays annually on popular digital streaming services.

Common Sense is not just another reggae band from Orange County. With a SoCal background and a small beach town attitude Common Sense took their reggae-rock influences and created their own style.