with Buzz Campbell and the Heartaches, David Serby and the Buckstahooters 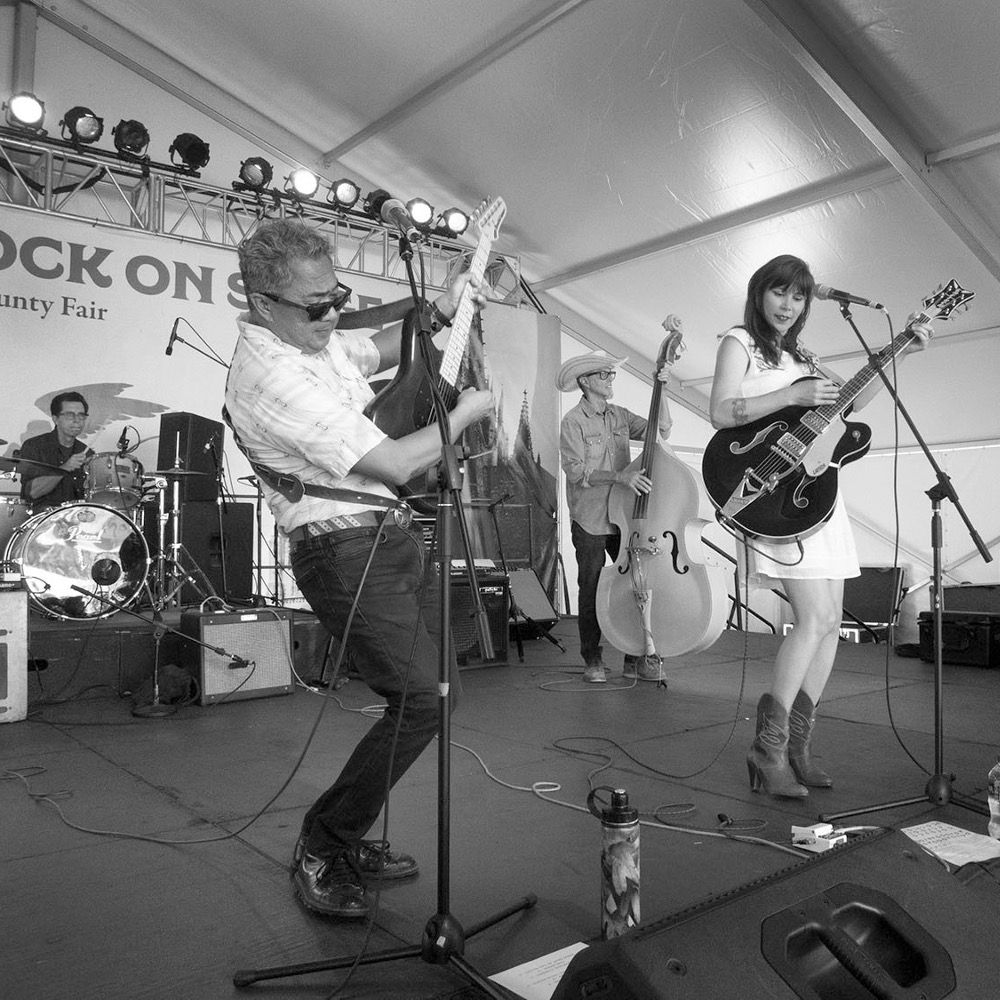 with Buzz Campbell and the Heartaches, David Serby and the Buckstahooters

Ticket Price: $12 advanced / $15 day of show / $21 reserved loft seating (available over the phone or in person at our box office)

California country, what could be better? Brawley is a mix of San Diego-based working musicians with decades of history and music projects, including the Hacienda Brothers, Smith’s Ranch Boys, The Forbidden Pigs, and Rancho Deluxe. Their original songs blend seamlessly with country classics, and while being throughly modern, the influence of honky-tonk heroes like Faron Young, Merle Haggard, Ray Price, and Buck Owens is clearly there. Melodic harmony vocals by Nena Anderson and Adrian Demain are accented by the expressive pedal steel work of David Berzansky. For dancers, a solid rhythm section keeps things rocking! Brawley will make you smile while you’re crying in your beer and have you signing up for those two-step classes you always wanted to take.

Buzz Campbell and the Heartaches

BUZZ CAMPBELL is an American guitarist, vocalist, and songwriter. He is
the founding member of the storied '90's rockabilly group, Hot Rod
Lincoln, and current guitarist for the Stray Cat Lee Rocker. In 2000, Buzz
was asked to join Shanana, 1950's revival group whose legacy includes
performing at Woodstock, a cameo in the movie Grease, and their own
TV show from 1975-1981. Buzz left Shanana in 2004, after Lee Rocker,
legendary bass player of the Stray Cats, asked him to join his group.
Buzz has been touring the world with Lee ever since and is on all of Lee's
releases since 2004.

During recent breaks from touring, Buzz would spend his free time surfing with his long time friend and bass player Joe
Wizzy. They had collaborated on projects before, and talked often in the
water about their mutual love of vintage California surfing, the Bakersfield
sound, twangy guitars, long boards, Buck Owens, Gene Vincent, Roy
Orbison, and Ricky Nelson. Ideas were shared, food was eaten, songs
were written, waves were caught, laughs were plenty, guitars were
painted, suits were made, and Buzz Campbell & the
Heartaches was born.

Buzz Campbell & the Heartaches has a roots
"California Country" sound influenced from the 1950's &
1960's golden age of Honky Tonk, Rockabilly, and Rock n Roll music.
Current Lee Rocker drummer and long-time country stalwart Larry Mitchell (Jan Brown)
was added, along with pedal steel master, Dave Berzansky (Hacienda Brothers).
Buzz and his group of all-stars are players from other long time national/
international acts that come together to play and entertain audiences
with their retro sound and original music.
One fan has so eloquently described there sound as,
"the happiest sad songs ever...“

David Serby and the Buckstahooters

It's one of the more interesting music-world stories in recent memory. As chronicled in a Los Angeles Times cover feature late last year, Southern California-based country singer-songwriter David Serby finally met his biological father, Pete Canton, some 40 years after Serby's birth. Turned out that Canton is also a country musician; he's a bassist who played with Johnny Western (and thus toured with Johnny Cash when Western was part of the Man in Black's road show) and led Tex Williams' band for many years. "A strange coincidence, but a happy one for sure," says Serby. It also might go a long way toward explaining why Serby was always drawn to music despite his adoptive parents not being musically inclined. His birth father was part of L.A.'s country scene in the '60s and '70s, and now, 4 decades removed, Serby is a member in excellent standing of the city's latest roots/country community.